The Austrian “Erste Bank und Sparkasse” has acquired several bank branches, which operate within the territory of the former Eastern Bloc, over the last decade. Thus, the area under the “Erste Bank’s” influence morphologically re-connects to the borders of the former Austro-Hungarian Monarchy. The maps of the old Monarchy and the current Erstereich are almost identical. An object in the form of a geographical maquette comments on that fact. 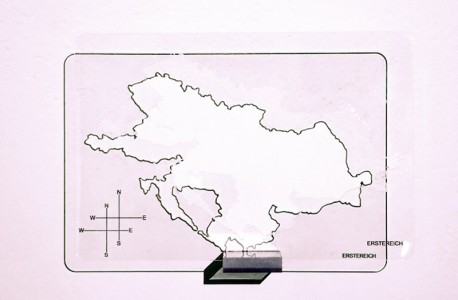