Bobičić’s works are defined by an articulate intuitiveness of the painter’s hand, which provides them with a touch of an almost forgotten animistic mythicism. The features are often harsh, even childlike in their blunt expressiveness, yet for that very reason so very voluble. His figures are flat and stylized; implied rather than unambiguously depicted; they are expressed as echoes of some distant memories, which are about to become devoured and absorbed by the background. It is this ambivalent presence, caught between decay and totality of experience that is the principle motor behind his paintings. From the fragments of distant memories he constructs arcane, uncomfortable canvases – articulated in their formal language, yet skillfully eluding any direct, straightforward narration.

Matija Bobičić (b. 1987, Maribor) is a final-year student of art education and a representative of the youngest generation of local painters. His contribution to the 2005 edition of Transgenerations Festival of Youth Creativity held in Cankarjev dom in Ljubljana, has won him a recognition award for an outstanding contribution to the event. In 2011 he co-authored an exhibition in Hladilnica, at the Pekarna cultural center in Maribor together with Marko Damiš and participated in a group exhibition Sesvetski likovni umjetnici & gosti in Kurija Gallery in Zagreb, Croatia. His first solo exhibition entitled Razsnovljen appeared in 2013 at the Rotovž Gallery in Maribor. In the same year he formed part of the 30th art colony Riviera in Poreč, Croatia (St. Nicholas Island). 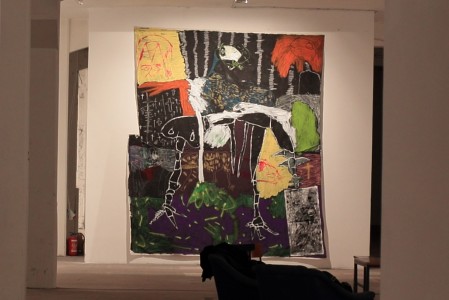