The bodies – rendered as lines (line drawings in space) – hang from the rigid structure in a way that recalls clothes on hooks or perhaps washing left to dry, but while the bodies might be thought to be malleable and vulnerable they are also versatile. There are three key elements to the work – the temporary wall structure, the bodies formed from line drawings, and the wall-text. Together these elements produce a balance of stability and temporality, form and formlessness. If the wall is some sort of impasse or constraining structure then the bodies/cut-out lines find a way to slip in, or out, or around it in a tricky manner. Franco Berardi describes a theory of ‘semiocapitalism’ in which power technology aims at our human resources, so contemporary forms of economy, omnipresent work, impact upon our body in various ways. We fall asleep in unusual places, on the way to work, at work, on the way home from work, and some of us might eat lunch ‘al-desko’. The bodies alluded to here might be exhausted bodies, although equally they might just be slight, light, transient and ephemeral. And in this context, the wall text that’s based on Donald Rumsfeld’s infamously smart-dumb speech about variants of “known/unknown knowns” adds a notion about a collective illusive body that is simultaneously here and elsewhere.

Tina Gverović (1975, HR) is based between Dubrovnik and London, Gverović works with installation, drawing, painting, sound and video. Her work – often in the form of immersive, disorientating installations – engages with space, territory and identity and how these concepts are bound to invention and imagination. She is currently completing a doctorate at Middlesex University in London and holds a BA in Fine Art from the Academy of Fine Arts, Zagreb and an MA from Jan van Eyck Academy, Maastricht. 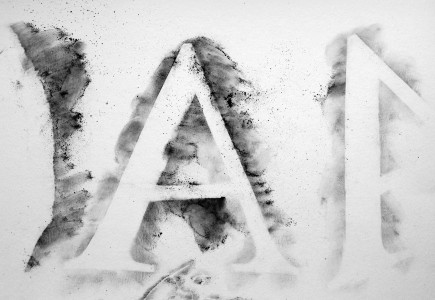