As a society, we have adopted the method of introducing new systems over and over again, and getting rid of all the traces of the old. This kind of progression resembles a tree whose branches we had cut off and now this tree crooks and grows unevenly.

This project is looking into the past to find urgently needed alternatives for our collective future. In my own heritage an extensive oral tradition remained in remote regions of Slovenia up to the 20th century. It was collected and published in the form of tales about stones. Aboriginals have kept the knowledge as a secret. From the oldest people that knew most, the researcher, Pavel Medvešček, got nothing. But he got befriended with one of indigenes and with his help he had gathered exceptional fragments. He had to promise, though, that he won’t publish collected stories until moon’s crest won’t turn downwards, toward the earth. This event occurs every 65 years and it happened in 2007. The two man took an oath, they squeezed hands with cloth dipped into salamander’s liquor and held it until the alcohol evaporated.

Among worshipped stones were those placed in a triangle, two of them as foundation stones and the third one called ‘binkl’ that was only known to the owner. In this triangle the soil was more fertile. Then there were special stones called Snake’s heads and were on the top of the hills. And there was a sacred moon’s stone in the brook’s gorge. And the snail’s stone that formed a triangle with Woman’s cave and the sinkhole.

Ana Pečar (1977) is a video and intermedia artist. She is active as an organizer of public events through which she communicates artistic and collective currents. She achieved formal education on Corcoran School of art and University of Maribor and gained additional skills on numerous workshops and residencies.

She mainly works as an artist to use this position as a tool to penetrate beyond constructed reality as it appears to exist in this space and time. In her work about water, for example, she was interested in its essence, in who this fluid entity really is. Lately, Ana has been occupied by researching her own heritage that was transmitted orally in remote parts of Slovenia, up until 20th century. This is how she relativises the unconditional system of values we have found ourselves in.

Ana Pečar works across different mediums of expression. She has recently produced a documentary film about Strike debt group and debt that serves as a strategic instrument.  She often collaborates with other artists, composers, musicians, dancers, new media collectives… 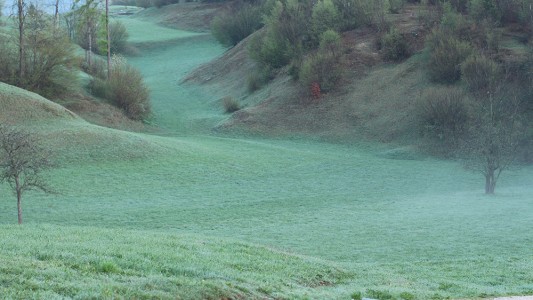